ICMR and EDEN Resort have signed a cooperation agreement

On June 12, 2019, International Clinic of Medical Rehabilitation and Eden Resort signed a cooperation agreement on the development of a joint project 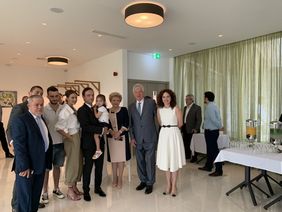 On June 12, 2019, International Clinic of Medical Rehabilitation ICMR, part of Kozyavkin Medical Group (KMG) operating globally, and Eden Resort Rehabilitation Wellness Assisted Living, Larnaca, Cyprus, signed a cooperation agreement on the development of a joint project with the core purpose to provide expert treatment to patients with cerebral palsy and other diseases of the central nervous system. 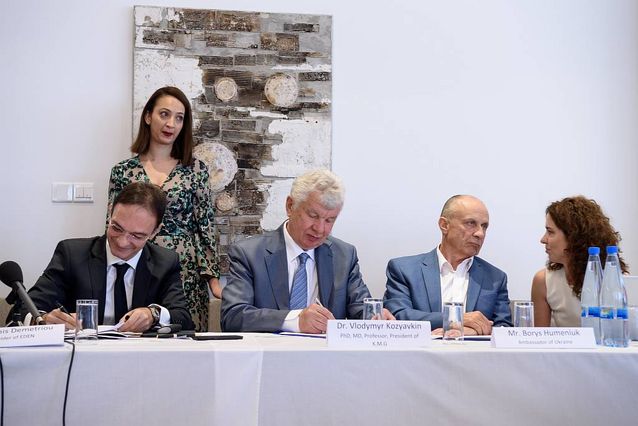 Under the agreement, EDEN RESORT will provide accommodation, meals, medical care, and patient care services, as well as provide all necessary conditions for patients’ stay and rehabilitation under the Professor Kozyavkin Method (INRS System).

Key aspects of the Professor Kozyavkin Method extend not only to the high quality of treatment provided, but to assuring as much comfort for patients as possible to unlock a positive impact on the treatment course. It is expected that a new joint project with EDEN RESORT will enable patients to fully combine an intensive rehabilitation course and vacations. 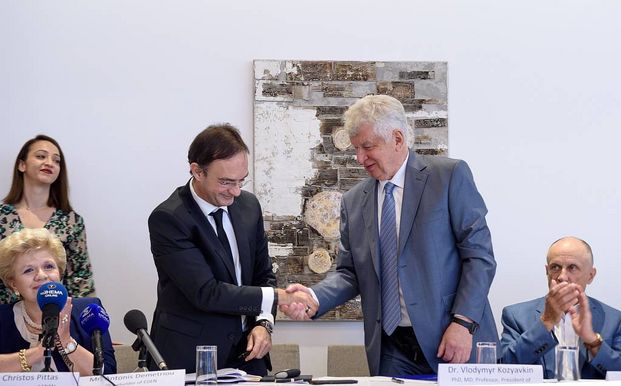 EDEN RESORT is a health improvement and rehabilitation facility that offers its patients comprehensive medical care in line with top international standards. It offers 63 spacious and fully renovated rooms, which can accommodate up to 114 patients, a restaurant, a fully equipped kitchen, open and private recreational areas, two swimming pools, a spa bath, a gym, a sauna and a number of other facilities, all of which will help patients restore, enhance and improve their psychoemotional condition.

The quality of services offered by EDEN RESORT meets the international standards ISO 9001:2015, ISO 22000: 2015 (Food Safety Management Systems), OHSHAS 18001:2007 (Occupational Health and Safety Management System). All of the above, along with high professional qualifications of the staff of the facility, captured the interest on the part of ICMR, and a decision was made to apply the Professor Kozyavkin Method at EDEN RESORT. 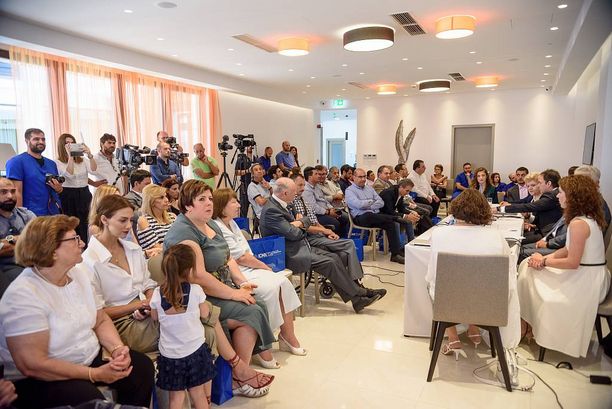 International Clinic of Medical Rehabilitation ICMR was established in 2014, and has been providing medical rehabilitation services to patients with various neurological disorders, including cerebral palsy, scoliosis, aftereffects of cerebrovascular diseases, craniocerebral trauma, and motor development delay in children, for more than 5 years.

ICMR is a member of Kozyavkin Medical Group (KMG), an international group of companies, which brings together medical and scientific institutions, and service and consulting companies for the promotion and development of the Professor Kozyavkin Method.

The KMG team consists of experienced professionals with extensive clinical experience, as well as experience in standardization, operational management and personnel training.

KMG owns and operates a number of medical institutions with headquarters in Cyprus. Branches and representative office of the Group are located in Ukraine, India, Russia, the Netherlands, Germany, Kuwait and other countries.

Volodymyr Kozyavkin is the author of a fundamentally new method for treating patients with cerebral palsy and other diseases of the central nervous system – the Intensive Neurophysiological Rehabilitation System, known around the world as the Professor Kozyavkin Method.

This Method was developed in Ukraine some 30 years ago, and since then, more than 70,000 patients from 60 countries, including about 17,000 patients from Germany, Austria, Switzerland, and France, have undergone treatment under the System.

The quality of medical services provided using the Professor Kozyavkin Method is confirmed by a number of awards and certificates, including the international standard ISO 9001:2015, International Quality Crown Award, best medical practice award for from the European Medical Association, etc.

Volodymyr Kozyavkin is also a Corresponding Member of the Academy of Medical Sciences of Ukraine. Together with his research team, he published 7 books and contributed more than 170 articles published in international medical journals. Professor Volodymyr Kozyavkin holds the position of the President of Kozyavkin Medical Group (KMG).