The Kozyavkin Method (Intensive Neurophysiological Rehabilitation System, INRS) – is a highly effective treatment for patients with Cerebral Palsy, low back pain and consequences of trauma and organic lesions of the nervous system.

INRS is a multimodal rehabilitation system in which the influence of one component is complemented and intensified by the others. Its main component is a biomechanical correction of the spine and large joints in combination with a set of treatment modalities: reflexotherapy, physical therapy, special massage therapy, rhythmical group exercises, mechanotherapy, apitherapy.

Suit Spiral with the program of biodynamical movement correction has been created to develop correct movement patterns.

Stimulating compensatory possibilities and brain plasticity, this method creates a new functional state which opens the possibility for faster motor and mental development of the child.

Different rehabilitation modalities of this system complement and intensify each other, and are aimed at the main task of rehabilitation: improvement in the quality of the patient’s life.

The Kozyavkin Method was created more than 30 years ago in the Ukraine and thus far, more than 70,000 patients have been treated by this method, including around 17000 from Germany, Austria, Switzerland, France, USA and other counties of the world.

Already in 1993 the rehabilitation system has been officially recognized by the Ukrainian government. Due to the high level of success with the Kozyavkin Method, it has received international approval and has been included in the encyclopedic edition of child orthopedics by the well-known German professor Frits Niethard (1997) as one of the four most effective approaches to the rehabilitation of Cerebral Palsy. 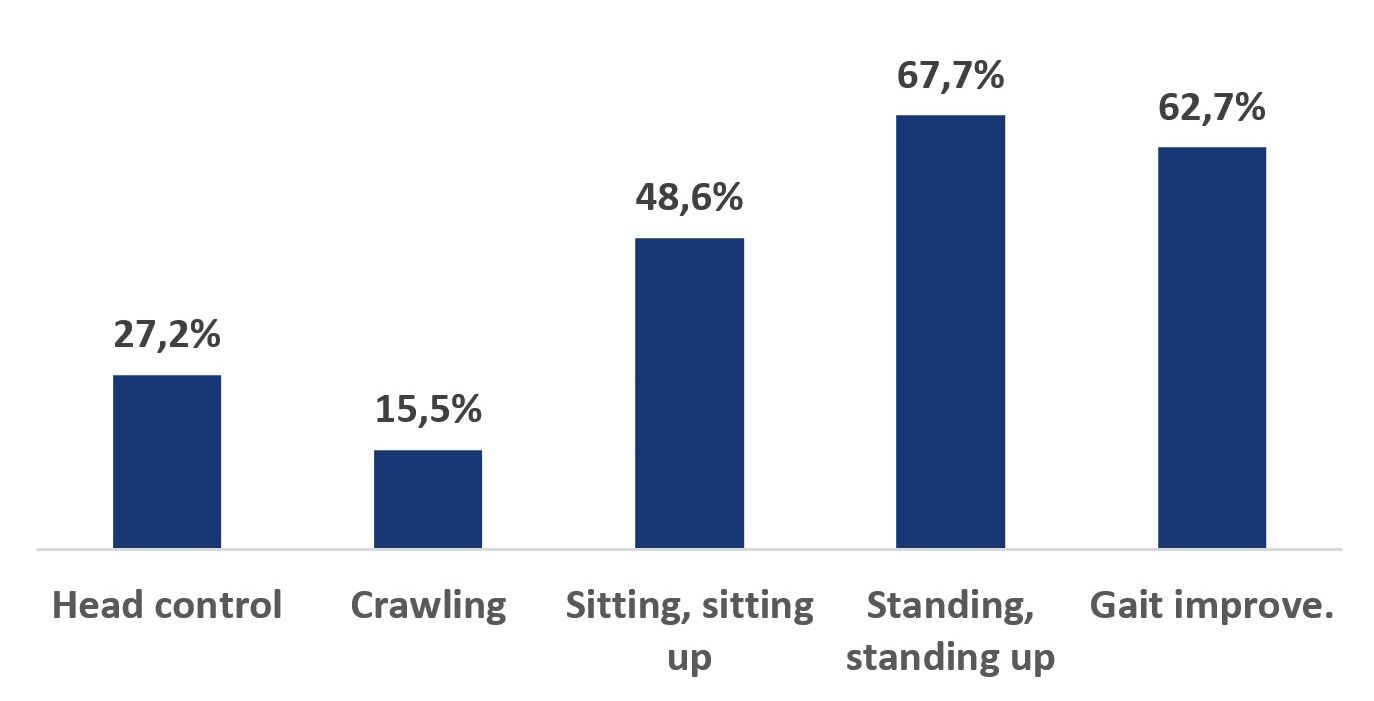 The chart above clearly shows that, among the patients who previously lacked respective skills, 27.2% began to control their head movements, 15.5% – to crawl, 48.6% – to sit, and more than 67% began getting up and walking, while gait improved in 62.7% patients. In addition to improving specific motor skills, patients experience positive changes such as: improvement of speech and psycho-emotional condition, acquisition of new self-care skills, and enhancement of concentration and attention.