On 5 November 2019, Professor V. Kozyavkin, CEO of Kozyavkin Medical Group, met with Dr. Köksal Holoğlu, a CEO of ROMATEM, which is the largest physiotherapy and rehabilitation clinic network in Turkey. 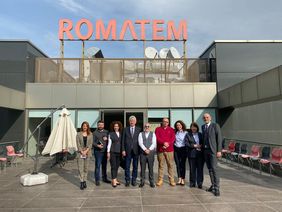 Following the meeting, possible options for cooperation were outlined. A memorandum will be signed in the near future with a partnership agreement to follow later on.

A growing interest in the effective Ukrainian method of treatment and rehabilitation of patients affected by cerebral palsy and other diseases and injuries of the musculoskeletal system on the part of big international medical businesses is hardly accidental. The chosen model of implementation of the PKM in international medical clinics has proved highly successful in the countries of the Middle East, where several medical centres have already launched or are scheduled to launch operations (UAE, Kuwait, Saudi Arabia, Oman, etc.).