We are pleased to announce that Volodymyr Kozyavkin, President of the Kozyavkin Medical Group, head of the international network of rehabilitation clinics, prominent scientist and researcher, specialist in neurology and medical rehabilitation has been elected as an Academician of the National Academy of Medical Scienceshttp://amnu.gov.ua/kozyavkin-volodymyr-illich/.

The distinguished scientific title is, first of all, the result of many years of tireless and dedicated labour, serious scientific and research work, which ultimately resulted in the creation of a fundamentally new technology for treating patients with cerebral palsy – the Intensive Neurophysiological Rehabilitation System, known worldwide as the Kozyavkin Method.

This rehabilitation system is officially recognized in Ukraine and, thanks to its effectiveness, has gained wide international esteem and acknowledgement. In his encyclopedia edition of Children’s Orthopedics, Prof. Nithard includes the Kozyavkin Method in the list of the four most effective conservative methods of rehabilitation for patients with cerebral palsy. 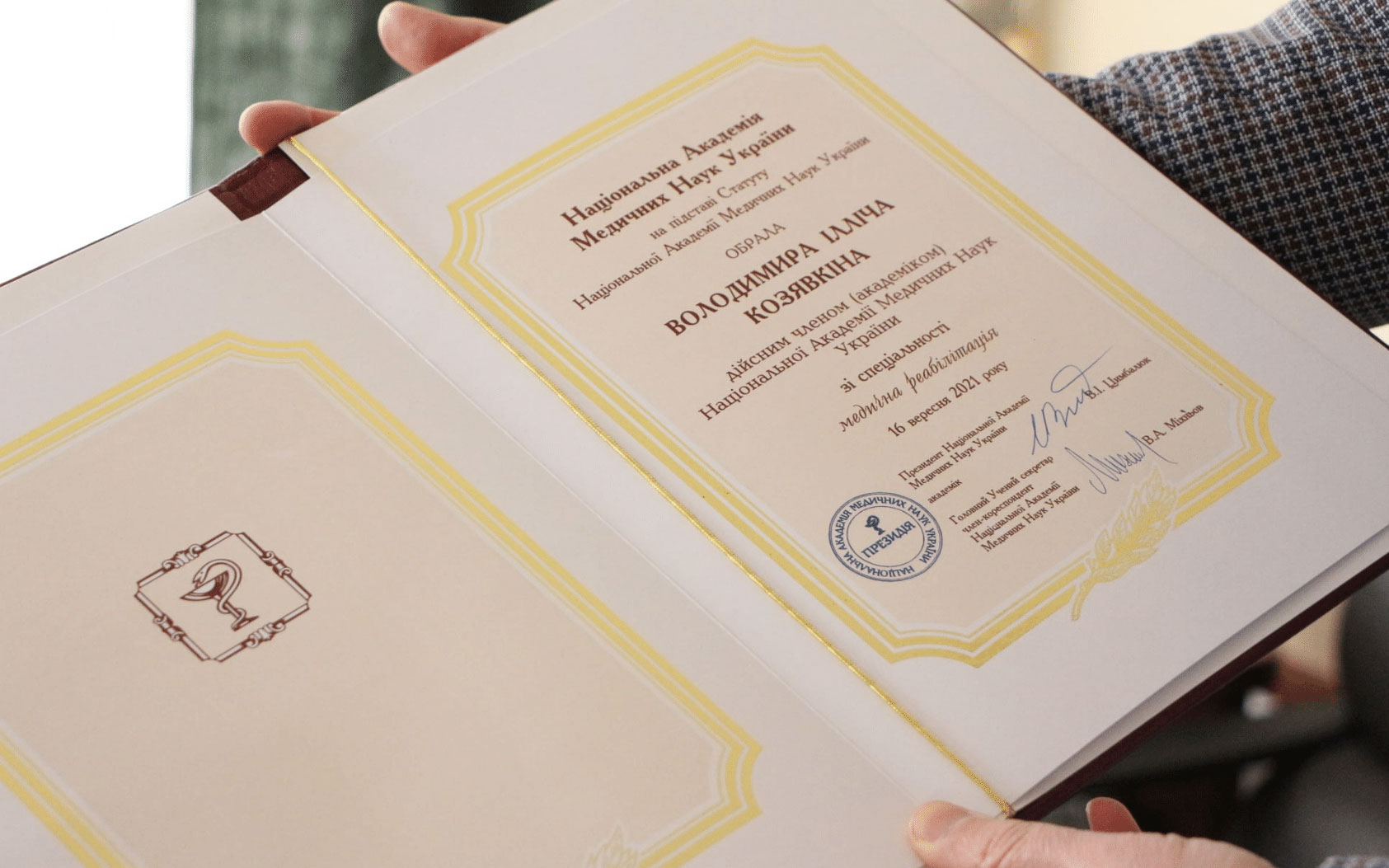 It was during his student years at the Grodno Medical Institute (Belarus) that Volodymyr Kozyavkin first felt the desire to work with patients suffering from chronic neurological pathologies. He has devoted many years to searching for fundamentally new, non-pharmacological methods of helping patients with organic brain lesions and creating centres that would meet the international standards of highly effective medical rehabilitation technologies.

Over 30 years of daily hard work, he has developed a network of accredited rehabilitation centres for patients with cerebral palsy, osteochondrosis and consequences of injuries and organic lesions of the central nervous system, all of which function successfully in Ukraine and abroad. There can be no doubt that newly-elected Academician of the National Academy of Medical Sciences of Ukraine, Professor Volodymyr Kozyavkin, has created an important school of neurophysiological rehabilitation. Indeed, neurologists and rehabilitation specialists from different parts of Ukraine and the world visit the Kozyavkin International Rehabilitation Clinic in Truskavets, Ukraine to acquire and improve their knowledge and skills.

According to Volodymyr Kozyavkin, the title of Academician of the National Academy of Medical Sciences of Ukraine is designed not only to recognize distinguished achievements, but, above all, to encourage further growth and development and stimulate the acquisition of new knowledge to help patients and improve their quality of life.

Volodymyr Illich Kozyavkin has authored over 150 publications and seven monographs. He is member of the National Council for Public Health, member of the Supervisory Board of the National Foundation “Ukraine for Children” (Kyiv), Chief Medical Rehabilitation Specialist of the Ministry of Health of Ukraine, member of the editorial boards of eight professional journals, editor-in-chief of the collection of scientific works Social Pediatrics and Rehabilitation (Kyiv).