Changes in motor functions in children with cerebral palsy after the course of Intensive Neurophysiological Rehabilitation: a single-blind study.

Results of our latest research were presented in the article “Changes in motor functions in children with cerebral palsy after the course of Intensive Neurophysiological Rehabilitation: a single-blind study” in the fifth issue of the International Neurological Journal in 2019. 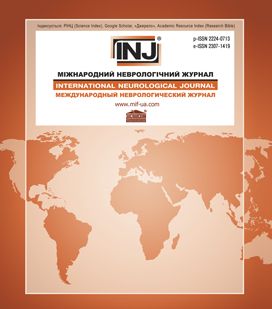 The Kozyavkin Method, or Intensive Neurophysiological Rehabilitation (INRS) combines different interventions focusing on different functional goals, merged into one intensive course. One of the priorities of rehabilitation is the development of motor skills because, according to its definition, a cerebral palsy is a group of permanent disorders of movement and posture, causing activity limitation, that are attributed to non-progressive disturbances occurred in the developing brain.

To study the changes in motor functions that occur after a two-week course of INRS, we conducted the study on a group of 57 children. Patients were additionally assessed before and after a two-week course of treatment. The Gross Motor Function Measure 66 (GMFM-66) tasks were video recorded and evaluated independently by two investigators. The time of the recordings (before and after) was masked. Passive range of motion (PROM) in the lower extremity joints was assessed with a manual goniometer, muscle spasticity – with the Modified Ashworth scale (MAS).

GMFM scores after the INRS course increased statistically significant from 58.8 to 60.2 with a mean difference of 1.4 ± 2.9 points. Substantial improvement in PROM was noted in five of the eight measured joints; the most substantial improvement was observed in hip abduction – an average of 8 ± 5.8 degrees – and foot dorsiflexion – 8 ± 6.1. Reduction of the muscle tone was observed in all measured muscle groups. Statistically significant decrease of spasticity was noted in hip flexors, with an average reduction of 0.25 scale steps, and hip adductors – 0.30 steps.

Results of the study indicated improvements of motor functions, an increase of the PROM, and reduction of muscle spasticity in the lower extremities in patients with cerebral palsy after the course of INRS.

This study was being conducted in collaboration with the Department of Medical Rehabilitation of I. Horbachevsky Ternopil National Medical University.