Professor Kozyavkin with a group of doctors visited Sanok, Poland

On August 18-19, 2008, Volodymyr Kozyavkin and a team of doctors from the ICR, as well as the chairman of the NGO “European Integration of Ukraine” Ivan Tsehenko visited the town of Sanok (Poland), where a joint Ukrainian-Polish Medical Rehabilitation Conference will be held this September. 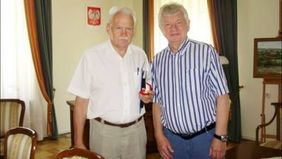 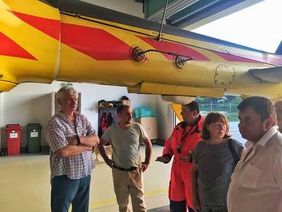 Guests from Ukraine were greeted by the Vice-President of Sanok County, Wacław Krawczyk, who is directly involved in the preparation of the conference. The Polish authorities also organized an excursion to the local Institute of Medicine and the Centre for Aviation Medicine. The Ukrainian delegation had the opportunity to meet with the director of the Sanok Hospital.

During his meeting with the working group, Professor Kozyavkin expressed his satisfaction with the preparation and organization of the upcoming event. He was also pleasantly surprised by the medical infrastructure of this small Polish town. Wacław Krawczyk, who is organizing the conference, announced that the event will be held under the patronage of the Marshal of the Polish Sejm Marek Kuchciński, which testifies to the support of the Polish authorities.

One of the main objectives of the conference is to draw attention to the increasing number of children suffering from lesions of the nervous system. Ivan Tsehenko, head of the NGO “European Integration of Ukraine”, stated: “We want to show Europeans that Ukraine, despite certain difficulties, not only offers cheap labour and raw materials, but also unique technologies and techniques, including such unique techniques as Professor Kozyavkin Method.”